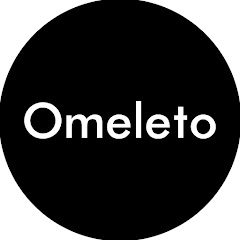 » Subscribe for award-winning short films: http://sub2.omele.to » Get some merch: http://shop.omele.to The Box is used with permission from Dusan Kastelic. Learn more at http://omele.to/2YYGkPA. THE BEST OF OMELETO » Celebrities on Omeleto: http://omele.to/celebrities » Top-Rated Films: http://omele.to/toprated » Official Selection: http://omele.to/officialselection OMELETO ON SOCIAL Instagram: http://instagram.com/omeletocom Twitter: http://twitter.com/omeletocom Facebook: http://facebook.com/omeletocom Reddit: http://reddit.com/r/omeleto In a strange, dark box lives a group of box-headed elderly humanoid creatures with roots instead of legs. Most of these creatures are sunken into a catatonic sleep, unaware of anything outside their hermetic, sealed-off world. But one of them emerges from the crowd, stunned into consciousness. Young and growing, the creature starts to cause a joyful ruckus, but struggles against the disapproval and rancor of the rest of his box-dwellers. But then the youngster begins to fight back, looking for a way outside the box but coming against its most oppressive forces yet. Writer/director/animator Dusan Kastelic's short animation is a surreal yet exuberant allegory about the pleasures and perils of non-conformity, being an individual and pushing through obstacles to a new level of consciousness. The narrative takes the phrase "outside the box" and spins it into a deeply imaginative, hypnotic narrative that resembles a fairy tale. Not a sanitized children's version of a fairy tale, however: the film instead resembles the original European fairy stories, which were dark, psychologically complex and disquieting in their emotional violence. The images are nightmarish, with their evocations of distorted flesh and murky colors. But the expressiveness of the creatures and attention to detail -- created in open-source 3-D software Blender -- are remarkable from a technical and emotional level, and draw in viewers with a powerful combination of gesture, sound and storytelling. Despite the claustrophobic world portrayed in the film, there are splashes of zany humor and joy, particularly as the younger creature expresses its unbridled childlike self. The musical score and sound design by Mateja Staric go a long way to create contrast between stultifying conformity and youthful individualism, as well as keeping the narrative at a consistently engaging pace. Despite its strange appearance, the uninhibited joyousness and high spirits of the newly emergent creature are so much like the energy of children, and viewers cannot help but relate. Yet "The Box" becomes genuinely sad and painful as the youngster is repeatedly brought down and cut down to size, and confronts the mechanisms of the box itself that keep its inhabitants docile and in the dark. Watching that struggle becomes a powerful metaphor for the oppression and conformity that we all face, whether it's the box that society puts us inside or the ones we put ourselves in. To watch the creature struggle against a dark, narrow world is hard, and yet, as the creature discovers, as long as you can feel a spark of an essential self, there is always a way towards the light. ABOUT OMELETO Omeleto is the home of award-winning short films. We showcase Sundance winners, Oscar noms and critically-acclaimed filmmakers from every genre. Subscribe for more: http://sub2.omele.to The box is full of miserable creatures -- but one of them doesn't belong there. | The Box http://youtu.be/gNVqRC4mcSI http://omeleto.com/250143/ Omeleto http://www.youtube.com/c/Omeleto http://omeleto.com 🎬 Got a film? Submit it to us for consideration at http://omeleto.com/submit/