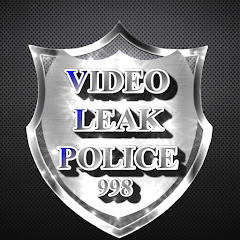 Los Angeles Police Department's (LAPD) Force Investigation Division is investigating an Officer-Involved Shooting (OIS) that occurred in on May 29, 2021 around 1 p.m., LAPD Topanga Patrol Division officers responded to a radio call of an "Assault with a Deadly Weapon" in the area of Ventura Boulevard and Topanga Canyon Boulevard. The comments of the radio call stated the suspect, (later identified as Patrick Colby, 38 years old resident of Los Angeles) threatened a victim with a handgun. When officers arrived, they located the suspect in the parking lot of a shopping center. The officers gave Colby commands, however, he refused to comply. Colby pointed a handgun at the officers, which resulted in an Officer-Involved Shooting. Colby was not struck by gunfire and was taken into custody without incident.

A handgun call "ghost gun" was recovered at scene and booked as evidence.

Neither the suspect nor the officers were injured during the incident.

✅My channel was re-monetize again but only a few videos are like police chase without shooting. My content is about 95% of Officer Involved Shooting.
If ever you want to to encourage me and support the channel you could toss a $1 or $2 one-time tip or more if you want at:
💲https://www.paypal.me/VideoLeakPolice .
Or
🔴➡ ON PATREON:
https://www.patreon.com/VideoLeakPolice
🟡Bitcoin: 1D5dqpHKvBq5Kg6C1wjyt68cpTqYaod6Uf.

🚨♦Disclaimer🚨: This video is NOT intended to be violent or glorify violence in any way. We are sharing the footage STRICTLY for the purposes of news reporting and educating. for training purpose, for public safety, to expose an injustice, documenting or foster debate about important events.🚨

🛑For any concern or Copyright Issue🛑 Please *Message me* ›
https://www.facebook.com/videoleak01/
or
🛑https://www.youtube.com/channel/UCbQ4rmsy9dxaq5G6Om2DvfA/about?view_as=public

You are Welcome to Subscribe Here: https://www.youtube.com/c/VideoLeakPolice
Mở
Nhóm NoxInfluence