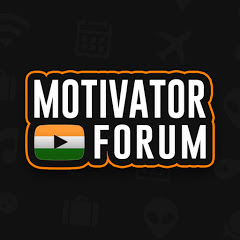 अकेले में देखना - https://youtu.be/ie3t5KdmFe4 SALMAN KHAN'S LOVE STORY इसको मर्द चाहिए - https://youtu.be/bOTxsp8k_wQ अकेले हो तभी देखना - https://youtu.be/4q_olxyKZl4 एक रात बिताने के दिए ६५ करोड़ - https://youtu.be/ENTTWQi-nQs अमेज़िंग विडीओ - https://youtu.be/zAGx7kZ9mOk #salmankhanfacts #salmankhanlovestory #salmankhanmovies Copyright Disclaimer Under Section 107 of the Copyright Act 1976, allowance is made for "fair use" for purposes such as criticism, comment, news reporting, teaching, scholarship, and research. Fair use is a use permitted by copyright statute that might otherwise be infringing. Non-profit, educational or personal use tips the balance in favor of fair use." Music Credit : NCM Epic Music Ender Guney https://www.youtube.com/channel/UCHEioEoqyFPsOiW8CepDaYg Salman and Aishwarya's love story started in 1997, till the time Salman had become a superstar. After becoming Miss World, Aishwarya entered Bollywood but didn't get success, this was the time when Salman was in love with Pakistani beauty Somi Ali after his break-up with Sangeeta Bijlani. The pair of Salman-Somi were serious about their relationship and wished to carry one the relationship to a next level and get settled in life, but at the same time when Sallu met Aish, he fell in love with Miss World. According to the book written on Aishwarya, HALL OF FAME mentioned that, in 1997 Salman refused to work in Mansoor Khan's film Josh just the reason being that he had to play Aish brother's role in the flick. The buzz was that he said to the producer Ratan Jain, "Usey meri behan mat banao yaar." Well its really true that if Salman wants to do some favour he becomes a great help. On this same line, he recommended Aishwarya to several producers and finally she got a film with Salman Khan which made Aishwarya into Aishwarya Rai- The star and the film was Hum Dil De Chuke Sanam by Sanjay Leela Bhansali. With the shooting Aish and Salman were getting close to each other's heart and started dating each other. According to the sources, Somi was not aware that Salman and Aish are in love and dating each other, but when she came to know about their love, Somi broke-up with the actor, she not only left Salman but even she left India for Florida. In an interview Somi blamed Aishwarya for her break-up with Salman as she said, 'Aishwarya came between me and Salman Khan.' Aishwarya's parent were not in the support of her marriage with Salman and Aishwarya said in an interview, 'I will not do anything which hurt my parents.' There was a buzz that on November 2001 Salman created a scene at night in front of Ash's house. He said in an interview that all the reports were true to some extent but with extra spices, he added that he and Aish were in a relationship. He also said, "If you won't fight that means there is no love between you, I will not fight with an outsider, when we fight, it is all because of our love." The actor also said that he was so angry that time because actress was not expressing her love as he wanted. And after all this, things kept on going wrong and Aishwarya broke-up with Salman. At one time Salman even reportedly slapped director Subhash Ghai, created scene on the set of Kuch na Kaho featured Aish and Abhishek. Salman also created scene on the sets of Chalte-Chalte, even he fought with Shahrukh Khan as he was the producer of the film, and after that Shahrukh replaced Aishwarya Rai and Rani Mukharjee entered the film. In an interview Aishwarya admitted that sometimes Salman used to hit her and she was lucky enough that she wouldn't have any scar on her body. After her broke-up with Salman, the actor was dated Vivek Oberoi as Vivek was spotted going public as in a show Coffee With Karan, when Karan asked, "Aishwarya in Hollywood or in Hindi films?" Vivek said, "Aishwarya in my arms." But their relation also did not work well and at last Aishwarya finally got married to Abhishek Bachchan and became Mrs. Aishwarya Rai Bachchan.